Jean-Philippe Nuel doesn’t like doing the same thing twice. “With each project, I try to conjure up something different depending on its situation and surroundings”, he asserts. One of the French architect and designer’s latest commissions is a perfect case in point—the Hôtel Croisette Beach Cannes MGallery Hotel Collection at the very heart of the mythical French seaside resort, which boasts both an oasis-like patio and private beach. His inspiration for its interior came largely from the post-War style of its building and the glamorous spirit of the French Riviera back in the Sixties. It was a time of bohemian insouciance, a time when Brigitte Bardot hosted legendary parties at her seafront villa, La Madrague, near Saint-Tropez. “The DNA of that crowd was to adopt the values of the hippy movement, but in a quite hedonist way”, he explains. “Even though they had money, they wanted to escape social norms and live in a very relaxed fashion”. 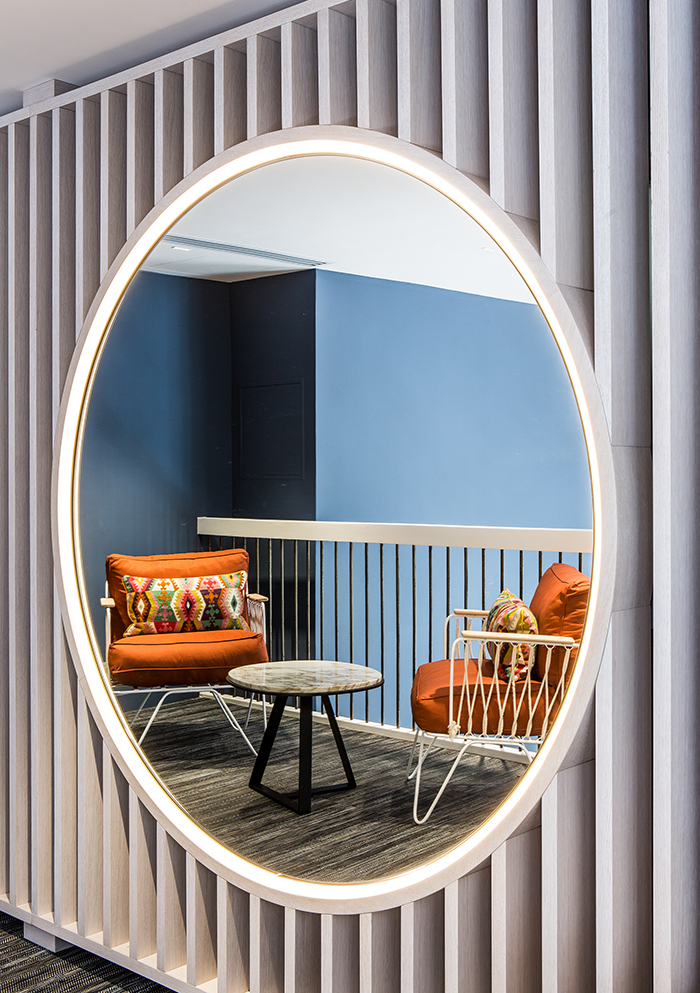 “Jean-Philippe’s strong points are being an extraordinary listener, having a timeless and fresh aesthetic, and paying great attention to the guest experience”

The result is an aesthetic that he has baptised “Gypset”—a hybrid of “Gypsy” and “Jetset”. The look is breezy and casual, fresh and elegant… and a far cry from how the hotel looked under its previous management. “It was extremely sombre”, recalls Nuel. “There were smoked-glass windows and dark-wood shutters”. Today, the 94-room establishment offers up a palette dominated by off-whites and light blues, with pops of bright colour in the form of Missoni-like patterned cushions. There are also terrazzo floors, a bar clad in textured wood that almost resembles straw marquetry and accessories such as wicker baskets that provide a nod to local traditional handicrafts. An oculus on the façade of the building, meanwhile, gave rise to the recurrent use of circles inside, whether they be in the form of mirrors or wooden partitions pierced with large holes. One of the nicestdesign features in the guestrooms is the way certain elements, such as a photo of a vintage car or the padded bedheads, seem to almost slot into the wall panels. “When I can, I like not simply to place objects next to each other, but to give spaces depth so you have the impression that things are emerging from the walls”, he remarks. Nuel originally studied at the School of Fine Arts in Paris and imagined a career designing museums and large public buildings. As a student, he was part of a team that won an international competition presided by the legendary Japanese architect, Kenzo Tange, on the theme “Living tomorrow”. Instead, his life took another path. While still in his 20s, he was asked to design a small hotel called Le Clos Médicis near Paris’s Luxembourg Gardens and that one hospitality commission has since led to dozens more. Indeed, you could make a case nowadays for him being France’s most sought-after hotel designer. 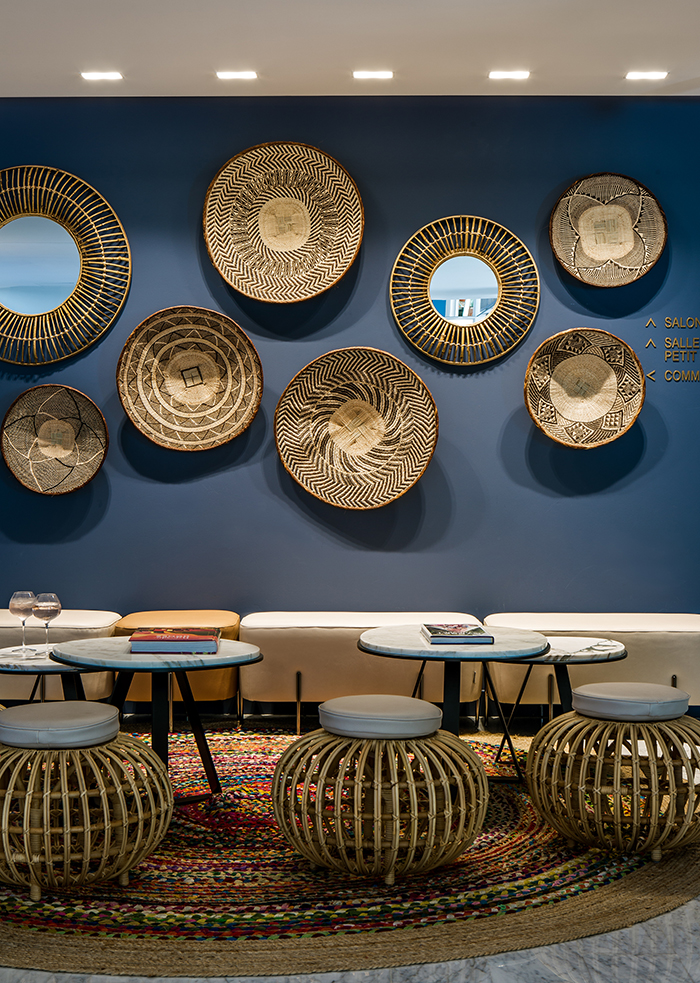 “With each project, I try to conjure up something different depending on its situation and surroundings”

Among his most prestigious projects to date are the InterContinental Lyon-Hôtel Dieu, located at the heart of a grandiose former hospital dating back to 1184, and two other MGallery properties—the Hôtel Molitor in Paris and the Cures Marines Trouville on the Normandy coast. “Working for MGallery is really great”, he enthuses, “because you’re given a lot of freedom, which is a dream for any creative person”. “Jean-Philippe’s strong points are being an extraordinary listener, having a timeless and fresh aesthetic, and paying great attention to the guest experience”, notes MGallery’s senior design director, Isabelle Sicart. Nuel certainly doesn’t seem too chagrined that his profession has taken him along a different path. “It’s given me the chance to travel the world, which I probably would not have done as an architect”, he recounts, “and working on hotels is absolutely fantastic. They’re like a little world of their own and are very revealing of changes in our lifestyles”. He recently opened an office in New York and dreams of designing one in the Big Apple. Another ambition is to be entrusted with a resort in a dramatic natural setting. “I’m not one to rest on my laurels”, he admits. “I’m always looking out for the ultimate commission, like a surfer waiting for the perfect wave. It’s an unremitting, almost spiritual quest”. 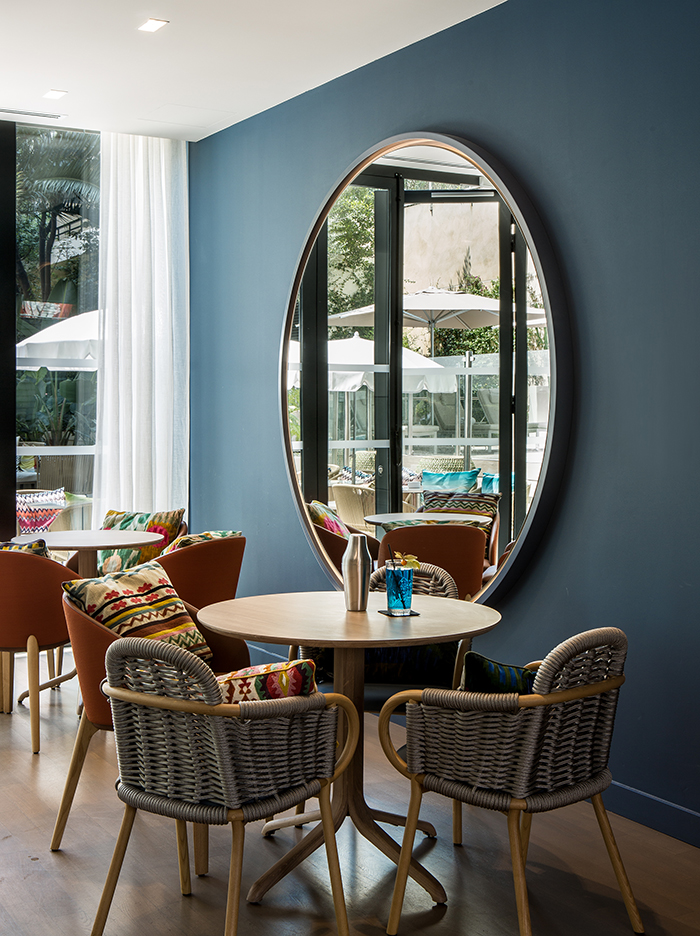 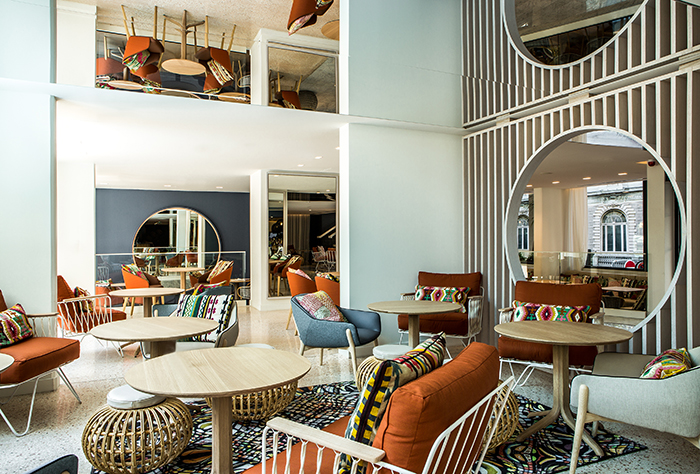 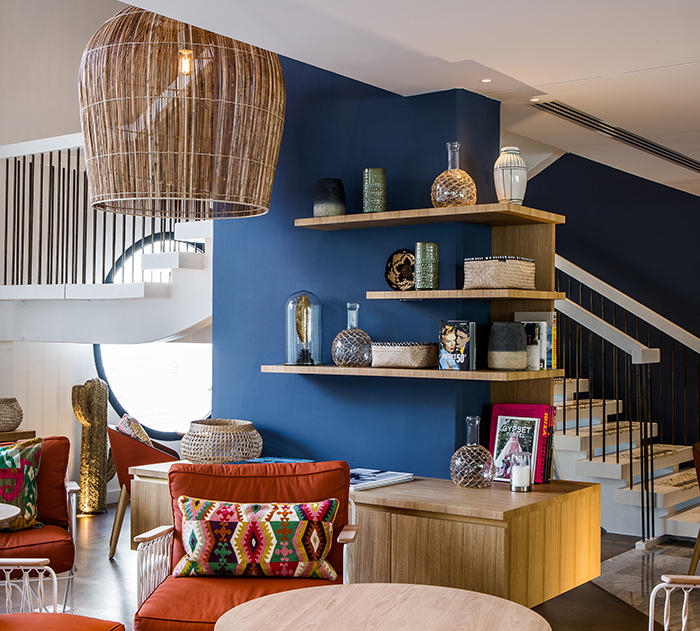 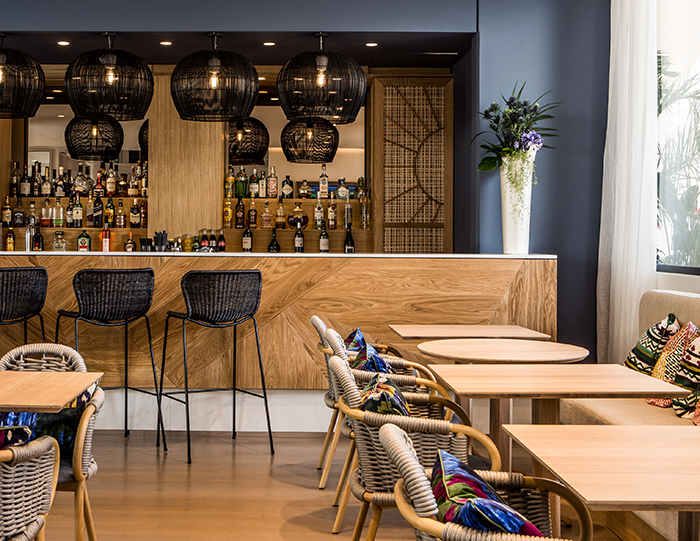 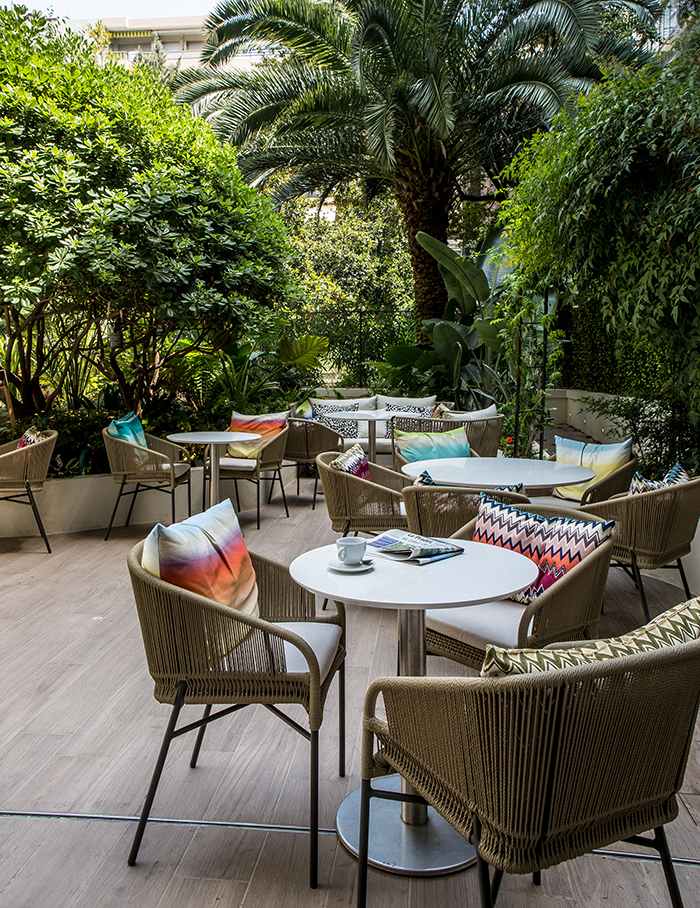 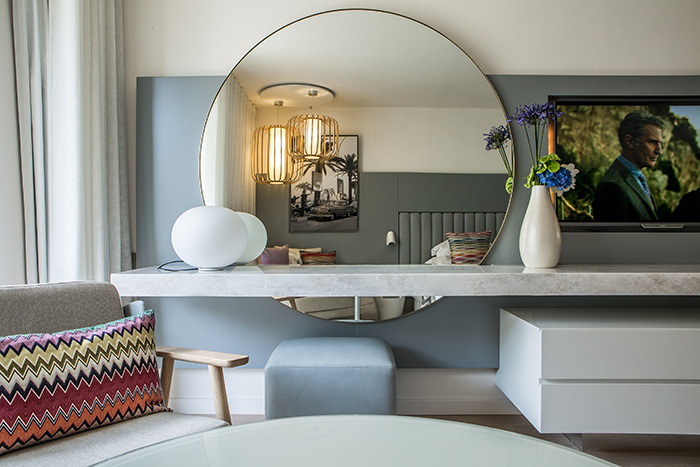 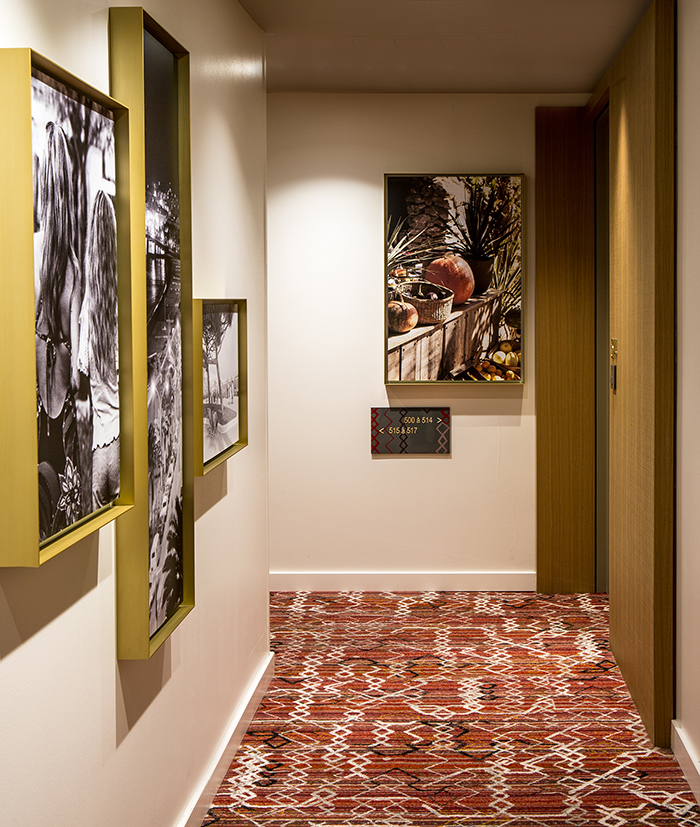